View source
watch 01:36
We're Getting Mutants in the MCU - The Loop
Do you like this video?
Play Sound
"The Runaway" 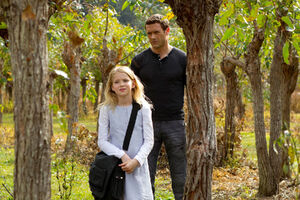 "The Runaway" was the fourth episode of Season 1 of Terra Nova. When an orphaned Sixer girl comes to Terra Nova seeking asylum, Jim and Taylor are at odds if they can trust her; Mira plots to reclaim a valued possession; Taylor continues to wonder who is the traitor in the colony and Reynolds admits his feelings for Maddy.

Corporal Reilly and two other security personnel are watching the perimeter when one of them sees someone moving through the jungle. They notify Lieutenant Alicia Washington, who leads a team outside the walls to discover the identity of the interloper. They find a little girl. At the Clinic, the girl identifies herself and says that she was trying to find the portal because she wants to return to a relative in 2149. Jim Shannon tells her that the portal only works one way. The girl tells the others that she lost her bag in the jungle. Nathaniel Taylor later says that he sent Washington to look for the bag. The Shannon family takes Leah in to live in their house.

While Washington is out looking for the little girl, Leah's, pack, she and her team are attacked by Sixers. They are then taken captive after a small fight. Maddy goes to work with her mom, but their first patient, Rajiv Swarup, has an extremely damaged arm, which causes Maddy to turn squeamish and back away.

The Shannon's do their best to welcome Leah. Taylor tells Jim he wants to find out who the spy is inside the colony. One person, Robert Stanley, sticks out in Taylor's mind as a possible spy, since he also came in on the Sixth Pilgrimage, but stayed in the colony instead of leaving with the Sixers. They find Robert performing a field study of Wax Moss. They begin questioning Robert, who defends himself, until Malcolm arrives on the scene. Malcolm says that there is no way that his friend, Robert, is a spy for the Sixers. Taylor and Jim leave Robert and Malcolm, no closer to determining who the spy is. Karem and Selena McMillen report that someone has broken in to their house and has exposed a now empty hidden compartment beneath the floor. When it is revealed that the house used to be Mira's, the Security Team immediately hunts down and finds Leah just before she can reach the colony wall, after assuming she has recovered something for Mira. They are correct, and find that Leah is carrying a strange box, which they take into custody. Leah reveals that she was following Mira's orders to obtain the container because Mira has Leah's brother, Sam. Leah says she does not know what is inside the box, and they can't seem to open it.

Jim decides to go out to try to find the Sixers camp and rescue Sam, but instead steps into a Sixer rope booby-trap. As a Nykoraptor finds Jim dangling upside-down from the rope and tries to jump and reach him, Sixers arrive on the scene and scare it off. They then put a sack over Jim's head and take him to their camp. There he talks to Mira, who tells Jim that Sam was never in any danger, and that she had to make Leah think he was so that Leah would do whatever Mira asked of her. Mira also reveals that her actions are being controlled indirectly by someone in 2149 who has her daughter, Sienna, and also wants Taylor eliminated. She tells Jim that he should join the Sixers, because he is on the wrong side. Mira decides to let Jim go, along with Sam.

Jim and Sam arrive back at the colony, and Leah is overjoyed to see that Sam is all right. Malcolm tries to open Mira's box but can not, so he stores it in a safe place. Jim does not reveal his conversation with Mira regarding her contact in 2149. 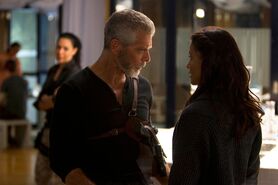 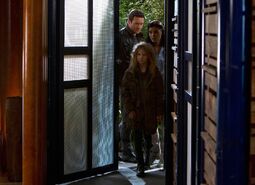 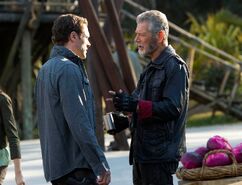 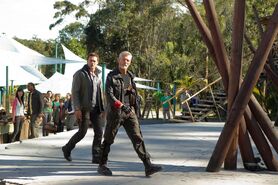 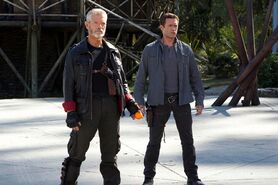 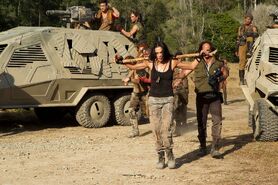 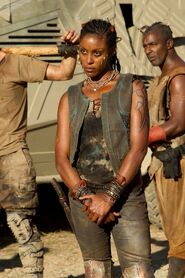 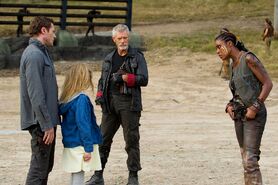 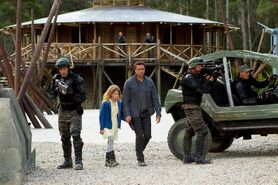 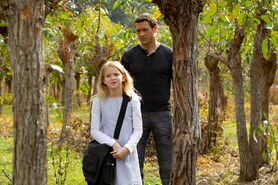 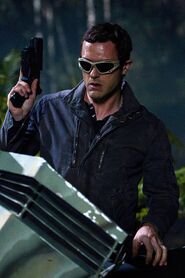 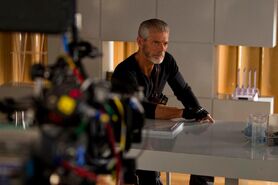 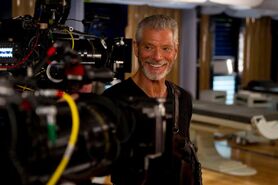 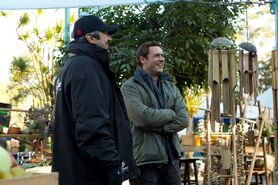 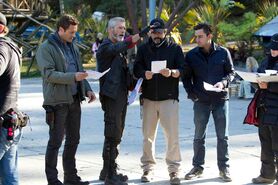 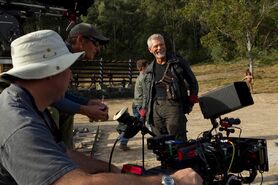 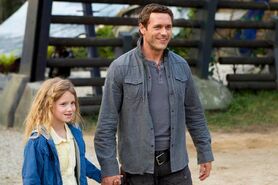 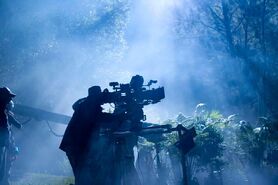