Start a Wiki
Terra Nova is a television series developed by Steven Spielberg with Fox Studios, about a family from the future who are transported back in time to the era of dinosaurs. It has been described as "Land of the Lost, but fancy." Brannon Braga (Star Trek, Flash Forward and 24) served as showrunner while Spielberg as a Executive Producer with Peter Chernin. The series was written by Craig Silverstein and Kelly Marcel. It premiered on September 26, 2011.

Shortly after the airing of the season one finale in December 2011, Fox Broadcasting stated that no decision would be made until 2012 regarding the continuation of the series.[1] Fox announced the cancellation of Terra Nova on March 6, 2012.[2] 20th Century Fox Television stated that it would try to sell the show to other networks. However, no network picked up the show for a second season.[3]

The story follows the story of the Shannon family, who live in an apocalyptic Earth. In the year 2149, a large group of settlers are preparing to leave the apocalyptic world they live in to time travel back millions of years via a massive, high-tech contraption. Their goal is to see trees, enjoy a blue sky, eat real food – basically, to start over in this so-called Eden. But what they find is unlike anything they were expecting. 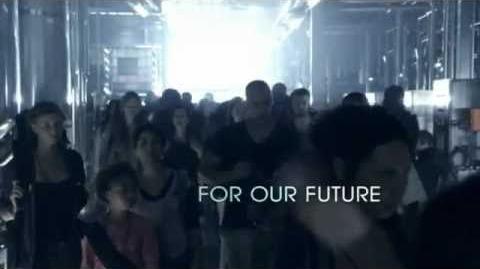 Retrieved from "https://terranova.fandom.com/wiki/Terra_Nova_(TV_series)?oldid=25844"
Community content is available under CC-BY-SA unless otherwise noted.