In "The Runaway", one snaps at Jim Shannon suspended from a snare before being shot away by the Sixers.

One reappears in "Bylaw", attacking a soldier after being trapped inside a communications post. Having swallowed the soldier's tag, it then became the target of Commander Taylor's forces. However, it was not killed, but its stomach contents were removed while it was sedated and it was then patched up by Washington.

In "Bylaw", Nykoraptor was said to have three sets of incisors (front teeth) in its jaws, rather like a shark's multiple rows of teeth, and it was said to attack most anything it can catch. Its favored prey, according to Malcolm Wallace, are the gallusaurs, although it will also prey on the unhatched eggs of Ankylosaurus.

In "Nightfall", a pair of Nykoraptors pass beneath Maddy and Mark Reynolds, as they hide up in a tree. They are listed among various dinosaurs Reynolds says are repelled by a smelly mud-and-leaves combination as well as slasher dung. This suggests that they may be preyed on by slashers.

In "Occupation-Resistance", Lucas Taylor tells Weaver that a Nykoraptor is what gave him the two scars on his neck area. 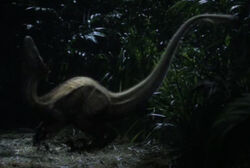 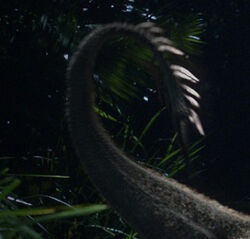 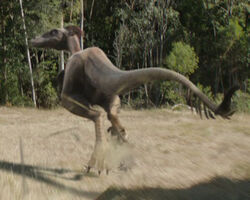 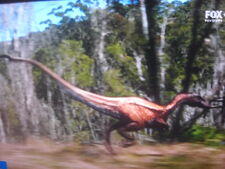 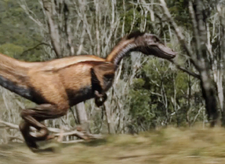 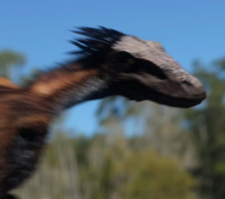 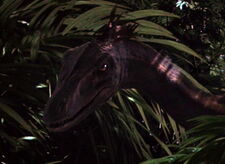 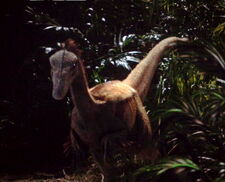 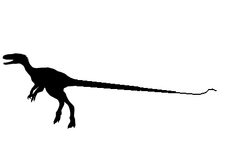 Book Chapter from the Exclusive Novel of Terra Nova
Community content is available under CC-BY-SA unless otherwise noted.
Advertisement