View source
watch 01:36
We're Getting Mutants in the MCU - The Loop
Do you like this video?
Play Sound

Josh Shannon is the 17-year-old son of Jim Shannon and Elisabeth Shannon, and the brother of Maddy Shannon and Zoe Shannon.

Josh did not want to travel to Terra Nova, but after his mother was hired as a doctor for the Tenth Pilgrimage, he had no choice but to leave with his family. Upon arriving at the settlement, he finds himself instantly drawn to the beautiful and rule-breaking Skye, who guides him through the dangerous world of Terra Nova.

Josh was born in 2132 and grew up in Chicago.[1] He was against the idea of going to Terra Nova, largely in part because he didn't want to leave his girlfriend, Kara, behind. He had three friends that committed suicide in 2149,[2] and was a guitarist in a band.[3]

Josh struggles to get used to his new life in Terra Nova shortly after his arrival there and has difficulty getting along with his father. He skips the orientation session and instead heads to the market, where he meets Skye. Skye invites Josh to join her and her friends on an "OTG" (outside the gate) trip into the jungle. Skye and her friends had been making moonshine out in the jungle and allowed Josh to both help make and try some of the homemade alcohol.

While the teens are away from their transport, their power cells are stolen by a group of Sixers. When the teens return, they demand that the Sixers return the cells, but spot a Slasher coming towards them. The lone Sixer survivor, Drake, allows them refuge in his damaged transport. The teens attempt to hold off the Slashers and contact Terra Nova for rescue.

After Tasha flees and Hunter is pulled from the vehicle by a Slasher, the remaining teens exit to save Hunter and restore power to their cruiser. Max is injured by a Slasher as he and Josh try to return the power cells to their vehicle. As the rescue party arrives, one Slasher remains and almost decapitates Josh, but is repelled by Josh's father.

When Josh and the others return to Terra Nova, he and his mother, as well as his father, embrace, reasserting the fact they are a family again. ("Genesis")

Josh and Skye begin to grow closer, and after walking through the market, the colony is attacked by an unknown species of pterosaur, which Josh and his father had encountered the previous night. As the attacks increase, Josh, Skye, and Reynolds help to defend Maddy, Zoe, and the Shannon's new home from the pterosaurs that entered through building's ventilation. ("Instinct")

Josh agrees to perform an undefined future act for Mira, if she is able to bring Kara to Terra Nova. ("Bylaw")

Josh was later asked to steal a supply of Azameth from the infirmary, however the access card he had did not work so he had to use a sonic pistol on the cabinet and injured himself. Later he admitted to his parents what he had done and why. When Boylan was locked up, Josh asked his father to look in on him and make sure he was ok. Josh was later on duty digging a ditch near the water supply junction and stated that at first he hated Terra Nova but it has grown on him. ("Proof", "Vs.", "Now You See Me")

Josh was devastated when he found out that Kara died after a suicide bomber followed her through the portal on the Eleventh Pilgrimage. He mourned her death on his room, and his father later conforted him. He got mad at the Phoenix Group, Lucas' hired occupying army.

Josh has so far exhibited two characteristics; wariness and rebelliousness. Josh also tends to follow through on his promises. He promised his girlfriend Kara that he would get her to Terra Nova and has so far done everything possible to get her there, including betraying the Colony and dealing with the Sixers.

Kara was Josh's girlfriend in 2149. They were in a band together.[3] Josh reluctantly was forced to leave her behind when he and his family moved to Terra Nova. Just before he left, the two of them shared a moment where they professed their love for each other. He promised her that he would return for her, but she stated that it would be impossible since there is no way for the portal to send the colonists back to 2149. Kara is later killed when she comes through the portal on the Eleventh Pilgrimage. Josh is devastated when he hears of Kara's death and blames it on himself.

Josh became attracted to Skye shortly after meeting her at the market. After learning that she likes to be adventurous and sneak off to explore the world outside the fence (apparently she had done this before), he chose to follow her. Josh openly expressed his family issues to her (he mostly discussed his father), and she teased him that he came with a total stranger outside of Terra Nova (referring to herself). They also worked together to stay alive during the Slasher attack. After Kara's death, Josh and Skye can finally be together.

Shortly after arriving in Terra Nova, Josh was openly hostile towards his father, Jim, blaming him for the hardships that the family had gone through after Jim was arrested for violating the Population Law. After his father rescued him from a Slasher attack outside of Terra Nova, Josh and his father, as well as his mother, embraced each other, showing that they still care deeply for each other. 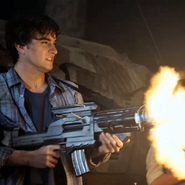 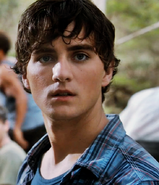 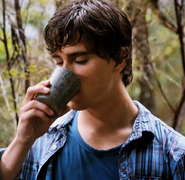 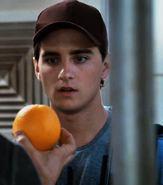 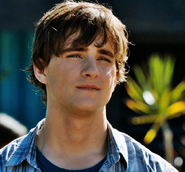 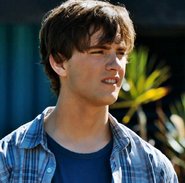 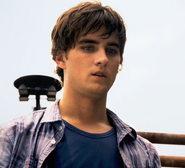 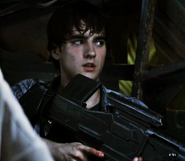 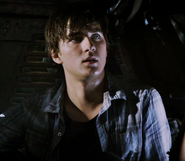 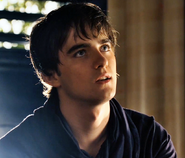 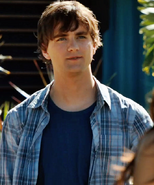