The year 2149 is a point in the future when there is practically no animal or plant life on Earth. The planet also faces dwindling worldwide air quality. As a result, people are forced to wear face masks to protect themselves from the polluted air.

The Shannon family lived during this point in the future. They departed from this year to Terra Nova. 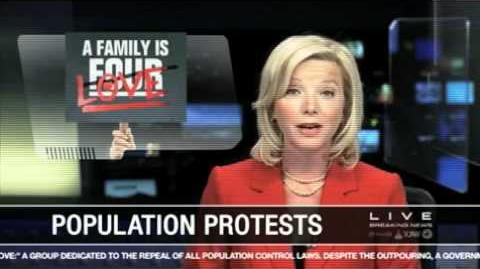 Terra Nova Zpravodajství z 27.7.2149
July 27: Protesters from the A Family is Love organization flooded the streets of Boston in opposition of the population laws